The Atlantic City casinos that missed out on revenue from the holiday kicking off the summer must now have their eye on July 4 weekend.

Share on facebook
Facebook
Share on twitter
Twitter
Share on email
Email
New Jersey Gov. Phil Murphy has been particularly cautious about reopening Atlantic City casinos, given the nature of the activities there.
Murphy recently called casinos “a tough nut, but it’s one we’ve got to get right. It’s indoors. there’s no ventilation, it’s close proximity, and it’s largely sedentary.”
Last week, Murphy added of casinos in a radio interview, “It’s a huge game-changer in our economy and in the lives of literally tens of thousands of people out there. I would love nothing more than to say we’re ready to go. We’re just not there yet.”
But while there was little protest over a lost — and what would have been lucrative — Memorial Day weekend, the next major holiday will be a test of Murphy’s resolve.
On Wednesday, Atlantic County Democratic Chairman Michael Suleiman asked Murphy to produce guidelines for a July 4 weekend reopening, per the Press of Atlantic City.
July 4 is always a major revenue-enhancer for the industry, and its Saturday date in 2020 sets up nicely for a week’s worth of wraparound for consumers who may have used few if any vacation days so far this year.

Reopening a matter of survival?

The COVID-19 pandemic has devastated Atlantic County economically, with a 32% decline in employment. One consolation is that the county’s 149 deaths from the virus are dwarfed by numerous New Jersey counties with death tolls in the thousands.
But Suleiman referenced the possibility of one or more casinos possibly shuttering if too much of the crucial summer gambling season is lost — and it’s no idle threat.
The industry’s first-quarter 2020 revenues reported by the state Division of Gaming Enforcement last week showed that only four out of nine casinos operated in the black.
A minor part of the financial problem stemmed from paying casino workers for the last two weeks of March, after the casinos were closed due to the pandemic.
But the casinos were open for business for the first 11 weeks of the quarter, yet only Borgata grossed more than $8 million in profit for that period.
For all the hoopla that adding online casino gaming and mobile sports betting has received, brick-and-mortar revenue is still the casinos’ bread-and-butter. Casinos took in $218 million in revenue in April 2019 but were wiped out on that front last month.
Online gambling combined for just $83 million in revenue last month, though that is $83 million more than casinos in states such as New York without any legal online play.
Holdover casinos enjoyed somewhat of a revival after the closure of five casinos from 2014 to 2016. But while it helped the casino bottom lines, the loss of about 10,000 jobs was a horrendous hit to the local economy.
The reimagining of Revel into Ocean Casino Resort and Trump Taj Mahal into Hard Rock in mid-2018 seemed to balance the scales. It cut into the holdover casino profits, but not so much that they couldn’t be successful.
And the restoration of several thousand jobs was a major boost to the region’s well-being.

There is a significant political angle here as well. State Senate President Stephen Sweeney, though also a Democrat, has locked horns with Murphy on a number of occasions over the past few years.
Sweeney, who flirted with running for governor himself in 2017 before Murphy’s deeper pockets doomed that bid, recently declared that the city’s casinos “need to get back up and going again. They need to put people back to work.” He added the industry is “in trouble.”
The American Gaming Association has estimated that a two-month closing of Atlantic City’s casinos — and we passed that mark almost two weeks ago — would result in nearly $1.1 billion in lost regional economy activity.
Asked whether he could confirm that casinos, like other businesses he has referenced, would be open within a few weeks, Murphy said, “I don’t want to marry myself. I hope it’s that.”

Hard Rock International CEO Jim Allen said recently of the overall casino industry, “It’s going to be a very, very slow and gradual process of coming back. I do think that the long-term recovery could be close to a year.” 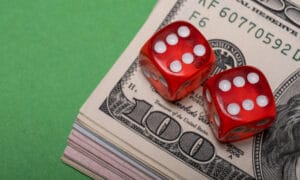