Sweet Success: How SugarHouse Online Casino Dared to be Different

In September, PlaySugarHouse.com, the real-money online arm of Philadelphia’s SugarHouse Casino, celebrated its first anniversary in the regulated New Jersey online gambling market. Built and managed by Rush Street Interactive, the site has gained a reputation among players for its distinctive look and feel, transparent rewards program and an impressive library of over 380 games for desktop and mobile. Indeed, the operator was the first in the market to unleash a number of suppliers’ games, including Slingo Riches, Slingo Extreme, Royal Elephant, Golden Wolves and Imperial Wealth.

All this goes some way to explaining why SugarHouse Online Casino has been averaging 20% month-over-month growth of late. Rush Street Interactive, which is also the developer of SugarHouse Casino’s free-to-play Casino4Fun website, is headed up by Richard Schwartz, who has overseen the business for the past five-and-a-half years. Prior to joining the company, he spent a decade in various roles at slot machine and lottery terminal manufacturer WMS Gaming, culminating in a four-year stint as VP of online gaming for the Chicago-based business.

Despite his experience, Schwartz freely admits it was a daunting prospect for him and his 20-person operations and development team to launch SugarHouse Online Casino in a congested arena like New Jersey where some competitors had almost a three-year head start. However, the ace up the company’s sleeve was differentiation and a unique user experience thanks to the casino being created on a proprietary platform. This control over the product and ability to roll out unique features continue to provide SugarHouse Online Casino with the flexibility to more than compete in New Jersey – and hopefully one day in SugerHouse Casino’s home state of Pennsylvania.

NJ Online Gambling: How would you sum up the first 12 months in operation?

Richard Schwartz: “The first thing that springs to mind is that this is a very competitive market and coming into New Jersey late presented some challenges. It’s challenging to launch a new platform in a high-visibility market like New Jersey, especially against the quality competition that existed, including global leaders like PokerStars, 888, GVC (PartyPoker) and Gamesys (Virgin/Tropicana). Our first year was all about the learning experience and maturing our platform and operations. In terms of performance, we have exceeded our expectations but have a lot more to learn. However, we are catching up with companies that have been in the market several years longer than we have.”

NJOG: What were the initial key priorities or goals for SugarHouse Online Casino when the site first launched?

RS: “A key priority was to successfully launch a new platform and accelerate its maturity as quickly as possible. And to gain experience in the US regulated markets and hope that we can generate profits from New Jersey, but also, more importantly, be prepared for expansion in other markets. It is always tough to come into a market late when existing players have already become loyal to the existing sites. However, if you offer a differentiated experience with a unique platform and a local, land-based casino brand, which we did, we thought we would always have an opportunity to win some new players over. Many players want to try multiple sites – including new ones – so our hope was that if they did give us a try they would really appreciate the experience and realize that it was one that couldn’t be found elsewhere.

“We have a wonderful team of online gaming experts with experience in the US gaming market prior to coming to us, while many of them have experience in European igaming. They understand the need to customize our approach to the local market. One thing key to our success has been our development team. They are very experienced and innovative, which helps create the products that we offer. They are equally as important as the operations team in the success of a business like ours. I think it is easy to assume sometimes that the operations team is the primary reason for success but I would view both teams as being equal contributors to what we are achieving here.”

NJOG: The site is built on a proprietary platform. Can you tell us about this and the unique look and feel of the site, particularly the games lobby?

RS: “It is always helpful to have differentiation, and if you can add innovation on top, then players appreciate this unique experience. We launched first with a social platform about a year earlier, and it is the same platform we use for the real-money gaming so we were able to launch and gain some valuable experience in a social market prior to regulation. But it took us a couple of years to develop the platform. The unique look and feel was deliberate. Based on our experience with gamblers, we know they want to have fun and are excited about winning. So we showcase other players winning, which helps create a community of players. This is a real positive for the overall user journey. We have also created unique filters for searching for games, and players appreciate this because we have over  380 games, so it can become challenging for them to decide which games they want to play. It’s a pretty sophisticated filtering system that finds games that should interest them.”

NJOG: You have also built iOS and Android apps. Do users play more on mobile than desktop, and do sessions tend to be shorter on portable devices?

RS: “Over half our play is now mobile. However, we think there would definitely be an opportunity to increase mobile play if Google were to extend the policy they have in certain European markets, where they allow players to download [gambling] apps from the Play Store. Currently, we realize that this is a limitation for the Android product. In terms of length of session, mobile is a little shorter, but I believe the mobile experience that we offer is very similar to desktop, and we have been able to incorporate all of our desktop functionality and features into our apps.”

NJOG: PlaySugarHouse.com has an in-depth and rewarding loyalty program, so what was the thinking behind it?

RS: “We believe players deserve more, including a loyalty program that is open and transparent and one that reflects our cultural values of treating players right. That meant making it easy for players to understand that when they have earned loyalty points it is easy for them to redeem them. Many global gaming sites take the approach that makes it challenging at times for players to redeem points. They believe that if a player doesn’t think it’s worth the effort to redeem them they may not value that bonus money in the same way as a player who does make the effort. Our view is that if a player has earned the points based on their play, they deserve the bonus, and you shouldn’t make it challenging for them to redeem it. We have also ‘gamified’ the loyalty program so there are different levels of rewards available. This is based on luck as opposed to some predetermined outcome.”

NJOG: The site’s license partners, Golden Nugget and Betfair, are the only operators in New Jersey to offer live dealer? Will you be joining them?

RS: “Absolutely. We expect to be launch live dealer sometime next year. We also expect to launch virtual sports very soon through a partnership with Inspired Games. We believe this is going to be an exciting new category for the New Jersey players with betting on virtual horse racing, greyhounds, soccer, auto racing and motorcycle racing.”

NJOG: So do you see casino players trying virtual sports, and can this new category go some way to filling the sports betting void – for now at least – in New Jersey?

NJOG: How is the SugarHouse Casino brand over the border in Philadelphia used to entice players to play online when in New Jersey?

RS: “The awareness of the SugarHouse brand is quite strong in the Philadelphia area. In fact, the SugarHouse Casino is closer in proximity to many New Jerseyans than the Atlantic City casinos. So we have an opportunity to try to leverage some of our existing players who are familiar with the brand and ready to give our site a try. One of our goals has been to introduce new players in New Jersey to the SugarHouse brand in the hope that they will give the land-based property a visit for the first time as well.”

NJOG: Was the New Jersey launch mainly about gearing up for if and when Pennsylvania legalizes igaming?

RS: “Our interest has been in multiple markets, but New Jersey was the perfect entry point for us.”

NJOG: You stand to potentially be a big player in Pennsylvania’s igaming market. How frustrating is the current impasse, and when do you expect significant progress to be made?

RS: “We continue to try to educate the legislators in Pennsylvania about the opportunity that online gaming presents and how it is a very effective marketing tool to acquire new players to the gambling industry and generate incremental revenues through existing players. From a standpoint of the timing, it is really unpredictable, but we remain supportive of efforts to legalize and regulate igaming in Pennsylvania. However, when any new market eventually opens up we will be evaluating it to identify new opportunities.”

NJOG: PlaySugarHouse.com has lately managed 20% revenue growth month over month. What do you put that down to, and how to plan to keep up this momentum? And do you have any specific targets for the next 12 months?

RS: “We continue to lead the launch of new games into the market and have created a system that enables us to do so quickly, and we continue to want to offer our players those games earlier than other sites. It helps that we own our own platform, so we are able to manage timelines internally as opposed to being reliant upon a third-party supplier for new game launches. In a market where most companies have the same games, it is certainly nice to offer our players a chance to play new titles early. In terms of growth, obviously it is easier to grow at that pace in your first year than it is in subsequent years, but we think our unique experience will lead to a higher retention rate than perhaps others in the market experience.”

NJOG: There are now more than 20 gambling brands in New Jersey – and more are probably on the way. Has New Jersey reached saturation point?

RS: “I think it is going to be very challenging, quite frankly, given the small adult population over the age of 21. It’s only around six million people. The number of brands, and not just that, but the number of quality operators, competing for a relatively small adult population implies to me there is going to be saturation very soon, if not already.” 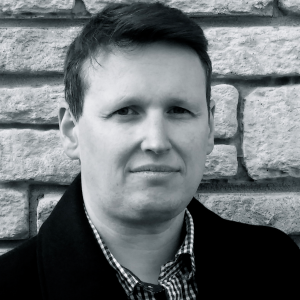 Once Wary Of Online Gambling, Parx Now Wants Online Casinos In Both PA And NJ