Hard Rock AC quietly soft launched its online casino a short time after its Boardwalk debut. Here's a first look at the offering.

Those who turned out for the grand opening of Hard Rock AC yesterday witnessed a high-energy spectacle, culminating with the ceremonial smashing of over a dozen guitars by company execs, celebrities and Seminole Tribe members.

Later that day, and in a much quieter fashion, the casino also soft launched its foray into the already crowded space of New Jersey online gambling, at HardRockCasino.com.

Hard Rock online casino was created in conjunction with software provider Gaming Innovation Group (GIG), which only just yesterday received its license to operate. GIG is a newcomer to the U.S. and will be competing with established platform providers like SG Digital, GAN, 888 and GameSys.

Based in Malta, the company already serves as the backbone for several top international online casinos, so it should be well-prepared for the challenge.

Understandably, the virtual casino’s debut flew mostly under the radar. After all, soon after the Hard Rock officially opened for business, Ocean Resort kicked off its own opening day festivities.

For the moment, though, we’ve put all the Boardwalk excitement aside to bring you our initial thoughts on Hard Rock’s online gambling offering.

Hard Rock is currently in a beta, or soft-launch, phase. Operational hours are limited to 12 p.m. to 8 p.m. on June 29, and 12 p.m. to 2 a.m. over the weekend. During these periods, a maximum of 500 concurrent gamers can be logged on at any given time.

Pending the NJ Division of Gaming Enforcement gives the site the green light, we should see it begin full operations on Monday, July 2.

Before we get started, we’d like to note that several players have reported running into error messages while interacting with the site. A spokesperson from Hard Rock reached out to let us know that the company was diligently working to smooth out the issue, and emphasized that the site is still currently in “beta mode.”

The Hard Rock online design is simple and clean, and includes a pervasive sidebar running down the left side of the page featuring important links. The games are the main focus of the site, and are displayed in a series of large thumbnails and separated into several categories.

Game selection is limited, but that’s no surprise considering that the site is just getting off the ground. Hard Rock will need time to cultivate partnerships with manufacturers and negotiate deals with content providers. All in good time.

The number of titles will certainly grow in the coming months, helping to close the gap between established competitors like Golden Nugget which offer upwards of 550 games. Still, there are already a respectable number of titles to choose from.

Take your pick of the following:

The site makes it easy for gamblers to quickly find their favorite games under a “Recently Played” tab, and boasts links for featured games as well as new titles. In addition, it curates the most “Rockin’” games, which naturally include the Jimi Hendrix slot.

A large portion of Hard Rock’s library is supplied by NetEnt, with which the casino struck a partnership earlier this year. Amongst the large variety of NetEnt games available is the ever popular Divine Fortune progressive slot, which is responsible for more online jackpot payouts than any other in the state.

Other games have been provided by software makers IGT and NextGen, both of which are already well entrenched in the world of NJ online gambling.

Like nearly all other Garden State online casinos, Hard Rock offers new players a welcome package, and already has a handful of promotions in the works.

Gamblers who sign up an account will receive a total of 50 Free Spins on select NetEnt slots spread out over five days, no deposit required. This goes against the grain of most of its NJ competitors, which offer a fixed, but small amount of free bonus money.

The second portion of the welcome package comes in the form of a deposit match bonus. At 100% up to $1,000 (20x playthrough on slots), the monetary cap ranks on the higher side of what other NJ iGaming sites are offering.

Like any good online casino, Hard Rock offers a loyalty program which could prove lucrative to frequent gamblers looking to get the best bang for their buck. The system is based on so-called “Rock Coins” which are earned when players make real money wagers, and apparently when they make deposits as well. Depositing options are a bit limited at this time, but do include the Play+ prepaid card option, and Global Payments, among others.

Hard Rock is currently offering a leaderboard-style promotion based on players who accrue the most Rock Coins between June 28 and July 12. Those that make the top 20 will win 10 Free Spins a day for an entire year; the rest will be entered into a drawing to win a piece of $5,000 in bonus cash.

Hard Rock and GIG are just getting started and are still working out the kinks in their operation, so keep this firmly in mind before you judge the site too harshly. Most other NJ online casinos started out small as well, slowly building up their game libraries and perfecting their product. Even so, Hard Rock online casino looks promising, and we look forward to watching it evolve over time.

Be on the lookout in the near future for a more exhaustive review of the Hard Rock online casino offering. 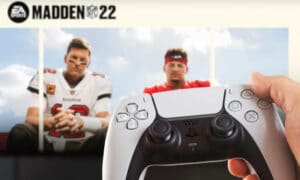