Number of race days, races, handle, and amount bet per race were up compared to 2020 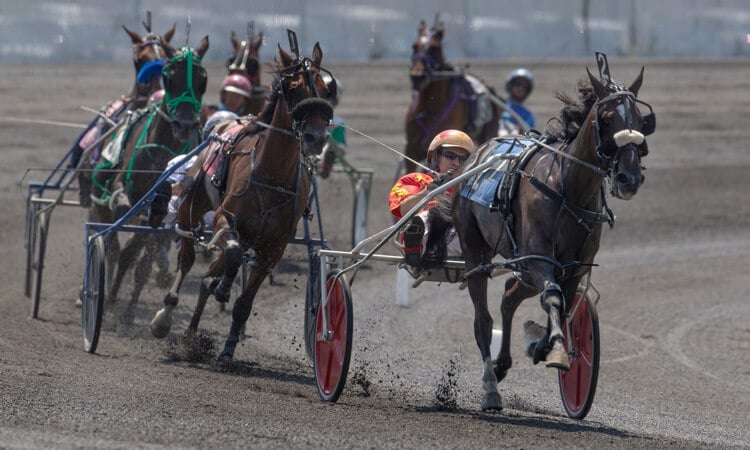 Officials for Freehold Raceway — which bills itself as “the nation’s oldest and fastest daytime half mile harness racing track” — released the final 2021 numbers on Thursday. The number of race days, the number of races, the total handle, and the amount bet per race all were up compared to the even more COVID-wracked 2020 season.

For a third straight year, the summer/fall portion of the meet produced a rise in handle — to $13.8 million in 2021.

The Meadowlands Racetrack, New Jersey’s other harness racing site, continues to contend for recognition as the sport’s leading track in the world. The Big M took in a massive $276 million in wagers over 92 dates last year, for the highest per-race date handle of any nighttime standardbred track.

After the annual summer break, racing resumes on Aug. 26 and continues on Fridays and Saturdays — including Christmas Eve — until Dec. 31. The first race is scheduled for 12:30 p.m. on each live racing day.

Austin Siegelman took home the driving title for a second straight year, winning 168 races from 766 drives — including 64 during the summer/fall meet.

The training race came down to the last day of the season, and Izzy Estrada won his first Freehold training title, with 30 wins in 90 attempts. Edwin Quevedo and John Urbanski tied for second place with 28 wins apiece. Brandon Mongiello was the leading trainer during the summer/fall meet season with 18 wins.

The race marked the final career starts for 14-year-olds Statesman N and Bolder. Statesman N retired in style, winning the race by more than two full seconds over Texican N, in 1:55.1. With Joe Bongiorno as his driver, Statesman N paid $4.20 to win, $2.60 to place, and $2.10 to show.

The win was the horse’s 64th — all but nine of those in North America — for a whisker shy of $1 million in winnings. Statesman N posted 10 wins in just 28 starts in 2021, with half the wins coming at Freehold.

Bolder had to settle for sixth place in the seven-horse field with Jack Pelling on the bike. That leaves Bolder with 36 career wins, including at least one each year since 2009 with the exception of 2016.