Report: Fanatics In Talks With Tipico On Potential Acquisition

If deal happens, could be major step toward securing wagering market access in multiple states 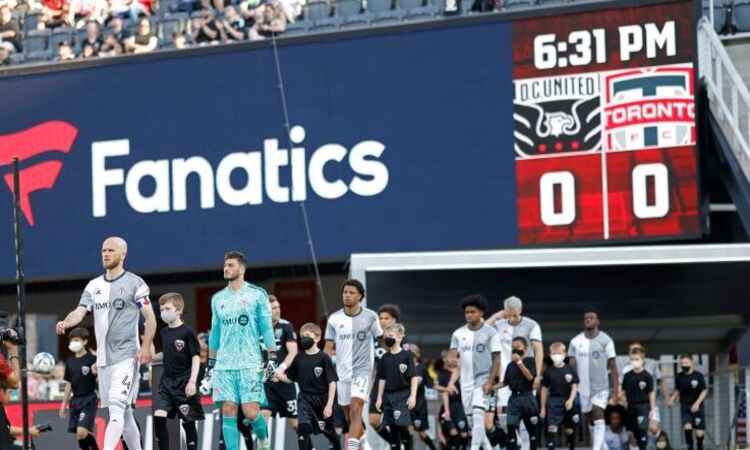 In a week in which Fanatics has already made headlines for its accelerated push to enter the U.S. sports betting market, new reports indicate the e-commerce giant is in talks to acquire a New Jersey sportsbook operator.

Before the close of trading on Thursday afternoon, CNBC.com reported that Fanatics has engaged in negotiations to acquire Tipico, a small U.S. sportsbook operator with licenses in New Jersey and Colorado. The two companies, according to CNBC, remain at odds on the price of a potential acquisition.

The location of the @Fanatics retail betting facility in Maryland has yet to be announced, but the move continues the company's recent push into the sports betting industry. https://t.co/WmbXfFR590

The approval is notable in that Maryland is the first U.S. state to grant Fanatics licensure to conduct sports betting operations, even on a preliminary basis. Fanatics has yet to announce the physical location of the gaming facility attached with the licensing application.

A Fanatics spokesperson did not respond to a request from NJ Online Gambling for comment.

Also this week, Fanatics CEO Michael Rubin announced the planned divestiture of his stake in Harris Blitzer Sports & Entertainment (HBSE), the parent company of the New Jersey Devils and Philadelphia 76ers. Under league rules, Rubin cannot maintain an interest in a professional franchise while simultaneously running a gambling operation. In May, Fanatics formally established a trademark for its online gaming brand BetFanatics when it submitted a filing with the U.S. Patent and Trademark Office.

“As our Fanatics business has grown, so too have the obstacles I have to navigate to ensure our new businesses don’t conflict with my responsibilities as part-owner of the Sixers,” Rubin said in a statement. “With the launch of our trading cards and collectibles business earlier this year — which will have individual contracts with thousands of athletes globally — and a soon-to-launch sports betting operation, these new businesses will directly conflict with the ownership rules of sports leagues.

Fanatics, a massive online retailer of licensed sportswear, reached a 10-year deal with the NFL in 2018 that provided the company with exclusivity on the distribution of all Nike league jerseys. As it relates to sports betting, Fanatics intends to be a major player in the space with Rubin’s goal being to potentially become one of the largest sportsbook operators in the U.S. market. Last June, former FanDuel CEO Matt King joined Fanatics as the head of the company’s sports betting and gaming division, weeks after resigning from his position at FanDuel.

As speculation mounts that Fanatics is nearing a sports betting launch, its need to gain market access for online sports wagering in a wide swath of states has increased exponentially. Fanatics has already contributed $12.5 million to a ballot initiative in California that aims to approve sports betting statewide. But California licensees need to be licensed in 10 other states before gaining approval in the Golden State.

If Fanatics intends to launch sports betting operations by the start of the NFL season, the company will likely need to secure a multi-state market access deal in parallel to its search for a technology platform, an industry source told NJ Online Gambling.

Fun read by the @sports_handle team re: a topic that seems to engender near-ceaseless speculation these days. (Bet)Fanatics is one of a handful of *potential* market share disruptors in U.S. OSB, in our view. Others (not exhaustive): ESPN, bet365, FTX. https://t.co/wZrJcfdSBy

In March, Fanatics completed a $1.5 billion funding round that valued the company at $27 billion. In recent years, Fanatics has been rumored as a potential suitor to acquire PointsBet, but a deal has never reached advanced stages, according to industry sources. Earlier this week, PointsBet received an A$94 million investment from SIG Sports Investments Corp., cooling any talks of a possible combination with Fanatics.

Tipico has market access in New Jersey through a partnership with Ocean Casino Resort.