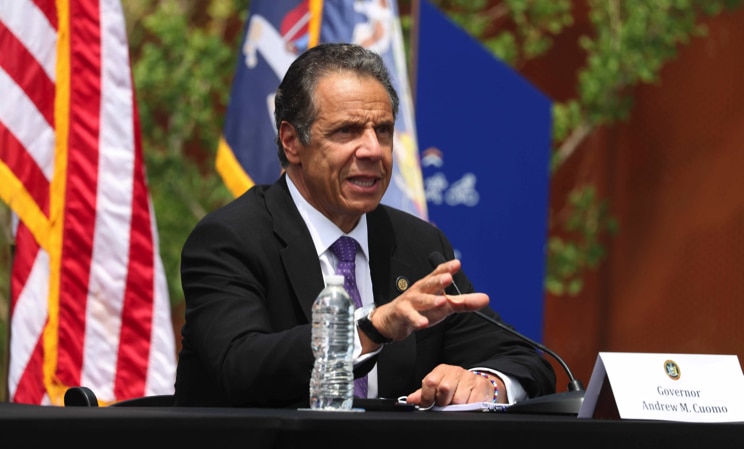 The Standardbred Owners Association of New York (SOANY) and MGM, owner and operator of Empire City Casino and Yonkers Raceway,  announced a significant four-year agreement on Monday that bodes well for the future of harness racing in Westchester County. The deal will also benefit the many North Jersey residents who cross the Hudson River every day to visit the nearest location of thousands of slot machines.

But within hours, another announcement overshadowed every bit of news in the region: New York State Attorney General Letitia James released a damning, 168-page report detailing alleged unlawful harassment by Gov. Andrew Cuomo that puts his ability to finish his term in doubt.

Cuomo was defiant, at least initially.

“My job is not about me; my job is about you,” Cuomo said in a video statement. “What matters to me at the end of the day is getting the most done I can for you. I will not be distracted from that job.”

But there are countless episodes in politics where such defiance makes way for a new reality — and this could be another one.

Who would replace Cuomo?

For the purposes of NJ Online Gambling readers, it is now worth examining how the very real possibility of Lt. Gov. Kathy Hochul — who on Tuesday described Cuomo’s conduct as “repulsive and unlawful” — replacing Cuomo might impact New York’s gaming industry.

Hochul, 62, is a former Erie County clerk who served for 18 months in the House of Representatives from 2011-2013. She is seen as a moderate Democrat, which helped her gain support from across the political aisle in a Republican-leaning district that also includes Buffalo, her hometown. Hochul has served in her current role since 2015.

In 2018, Hochul pronounced her support for Cuomo’s change of heart to once again privatize the New York Racing Association after several years of state control of racing at Saratoga, Belmont, and Aqueduct racetracks.

“There was sign-off by all the major parties, particularly up here in Saratoga as well, so we think it’s going to be a good transition,” Hochul said of a budget plan announced by Cuomo that was seen as more favorable for horsemen in the state.

Hochul (pronounced HOKE-ul) attended a local county fair in 2002, as she had since she was a youngster. But that year, she wound up taking home a racehorse.

“When I came here that day, I did not expect to do that, but I felt really sorry for this horse,” Hochul told WGRZ in 2019. “It was a former racehorse, and it didn’t have much of a future. I’m not sure which factory it was heading off to, so we said we’ll take it home.”

That’s about the extent of the readily available background on Hochul’s sentiments on horse racing.

In February 2018, Hochul was on hand when Resorts World Catskills casino had its grand opening.

“This is the rebirth of the Catskills — you heard it here first,” Hochul said. “The days of New York state losing casino money to other states is over. I’ve officially declared it over.”

Regardless of that declaration, it was only two months later that the U.S. Supreme Court issued a ruling that opened up Las Vegas-style sports betting to any state that wanted it. By that summer, the now-annual exodus of hundreds of millions of dollars in wagers across the Hudson River to New Jersey had begun. And as far as the Catskills casino, it has been in dire financial straits ever since it opened.

Just two months before the Catskills kickoff, Cuomo had sent Hochul to the opening of a 161-room hotel at Tioga Downs, site of another of the four new commercial casinos to open in the state in recent years. But in these cases, as well as a 2015 visit to tout another of the new casinos in Schenectady, Hochul appears to more have been representing the administration’s positions than tipping her hand on any personal sentiments about gambling.

The same seems to go for a 2019 comment by Hochul prodding the Seneca Tribe to make a payment of $255 million after it lost an arbitration case in a dispute over whether it still owed the state taxes on tribal casino revenues.

An overwhelming majority of State Senate Democrats on Tuesday called for Cuomo’s resignation. But state Sen. Joseph Addabbo Jr. of Queens, who’s bitten his tongue at times before Cuomo belatedly backed mobile sports betting earlier this year, was one of just two out of 63 senators to decline immediate comment.

Along with Yonkers, the Aqueduct racino in Addabbo’s home district also is widely expected to land one of up to three commercial casino licenses to be awarded. The addition of live-dealer table games and a sportsbook could lead to hundreds of additional jobs at Aqueduct.

“Yonkers Raceway is the premier harness track in the State of New York and has the highest overnight purses of any track in the United States,” SOANY President Joseph Faraldo said in a statement.

The deal, which came after some previous concerns about MGM’s long-term commitment to harness racing, increases the number of annual racing dates from 234 to 240. Saturday night racing in the summer also will resume next year.

Faraldo added that the deal “contains important protections for the horsemen with respect to racing conditions (including a segregated purse account and a procedure that will involve the horsemen in any decisions regarding cancellations of racing)… and ensures continued financial support by the track for the world-renowned MGM Yonkers International Trot.”

As for MGM’s casino license efforts at the track, Faraldo said that the new agreement “provides enhanced assurances regarding purse levels” should MGM be successful.

MGM agreed it would provide the horsemen, at a minimum, 2019 purse levels with annual increases for inflation once the casino license is obtained. In fiscal year 2019-2020, MGM Yonkers generated over $50 million in funding for purses, leading to the highest harness racing purses in the country.

Continued funding for health insurance and retirement benefits for horsemen also was mentioned as part of the deal.

MGM executive Ed Domingo said that with the agreement, the gaming company “continues to demonstrate our commitment to upholding the legacy of Yonkers Raceway as one of the premier harness racing venues, not only in the United States, but in the world.” 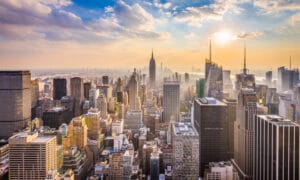 Borgata To Continue With Unique Racebook In 2020