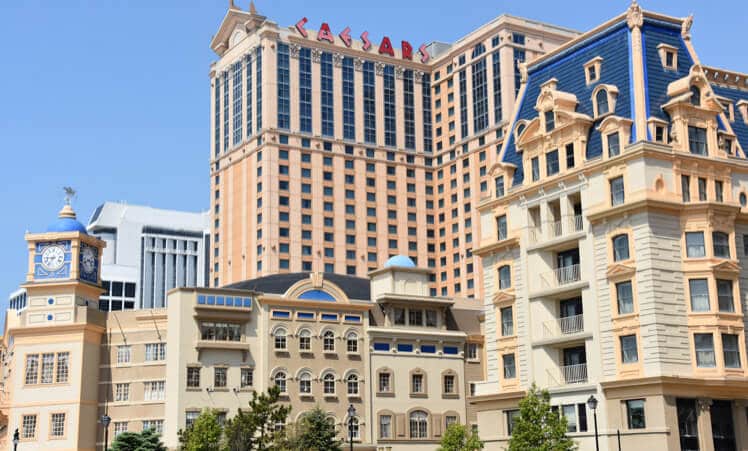 The push to ban smoking at Atlantic City‘s casinos continues to move along on contradictory tracks — more and more elected officials support the concept, but fewer and fewer dates remain on the state legislative calendar in Trenton.

Even if advocates of the ban are able to get last-minute hearings scheduled before the session’s likely end on June 30, an immediate ban may be seen as impractical. That’s because out-of-state visitors — including some very wealthy gamblers who enjoy smoking as part of their visits to Atlantic City — no doubt already have booked their trips based on the status quo, where a portion of a casino floor accommodates them.

Last-minute passage and a quick signing of a measure for an immediate ban by Gov. Phil Murphy — who has said for the past year that he would sign such a bill — would leave casinos in an untenable position. Still, it’s possible for a move to hold hearings and to pass legislation this month that would become effective after Labor Day.

Sen. Sandra Cunningham recently said in a statement: “The health of all New Jerseyans should be our priority, which is why I strongly support S264 to protect the health of Atlantic City casino workers. By passing these bills, we can ensure that all workers in our state have the same protections from dangerous secondhand smoke.”

This week’s endorsement of the bill by Assembly members William Spearman and Carol Murphy means that now a majority of South Jersey Assembly Democrats are co-sponsoring the legislation.

“Passing this legislation is the least we can do for frontline casino employees who worked throughout the pandemic, keeping our already struggling gaming industry open for business during some of the bleakest moments over the last couple of years,” Spearman said in a press release. “We know that a healthy, smoke-free indoor casino industry is good for business — and even better for workers.”

“The dangers of secondhand smoke have been well documented for many years and for Atlantic City casino workers, getting rid of smoking in their workplace is a life-or-death fight,” Murphy added. “We cannot continue ignoring the health risks to our state’s casino workers.”

The United Auto Workers Union — which represents many Caesars Entertainment employees at the Atlantic City’s Caesars, Harrah’s, and Tropicana properties — is pushing for immediate hearings.

“We have heard the financial scare tactics laid out by the casinos, but nothing is more frightening than the numbers released by the Centers for Disease Control and Prevention with regard to second-hand smoke,” a UAW official said in a statement. “We know that the casinos will thrive without indoor smoke causing a slow death to employees, because we have seen casinos in states across the country thrive while implementing accommodations to protect their workers.”

While casino executives in Atlantic City have warned of dire consequences that could result from a smoking ban, advocates of such a measure point to improved financial figures noted by the state Division of Gaming Enforcement.

just got my answer from DGE: This was the most profitable Q1 for AC casinos since 2008, months before worldwide economic upheaval. that quarter produced $243.8M #glorydays – compared to this quarter's $155.6M https://t.co/OHHfMehELN

“The findings released by the New Jersey Division of Gaming Enforcement continue to undercut claims by casino executives that cite revenue falling short of pre-pandemic levels as the central reason for opposing efforts to make casinos smoke-free indoors,” Chris Moyer, a spokesman for Americans for Nonsmokers’ Rights, said in a statement issued to NJ Online Gambling.

But according to a February study by Spectrum Gaming Group that was commissioned by the Casino Association of New Jersey, a smoking ban would result in the loss of about 2,500 Atlantic City casino industry jobs. And a complete smoking ban could cause gaming revenue to tumble between 20% to 25%, according to an analysis by John DeCree, gaming equities analyst for CBRE.

A joint report issued this week by The Press of Atlantic City and Pro Publica dug into how legislation passed in December to give a tax break to the casinos was worked out. The report addressed the thorny question of the financial health of the city’s casinos — a topic of vigorous debate in terms of the smoking ban.

Four casinos closed in Atlantic City in 2014, and a fifth fell in 2016. The result was calamitous for the South Jersey economy, with Atlantic County at times becoming the national leader in foreclosure rates. Those bad memories no doubt will weigh on the minds of some Trenton lawmakers, even as the smoking ban has gained quite a bit of steam.