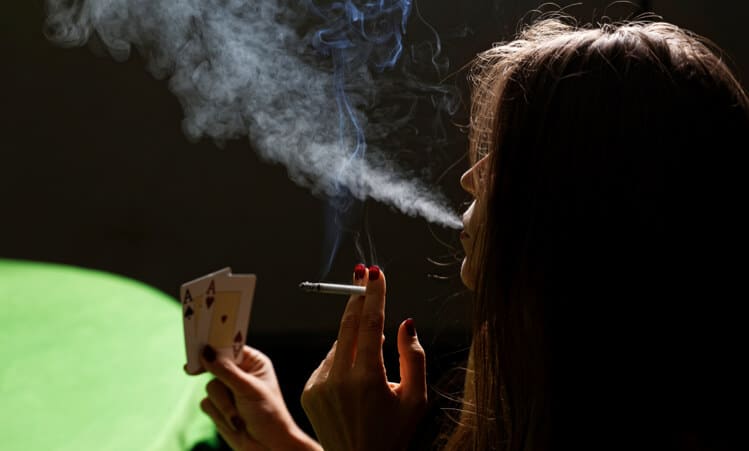 As the resumption of activity by lawmakers in the Trenton statehouse in September nears, the fate of one of the state’s most popular reform proposals remains in limbo.

The effort to extend a statewide indoor smoking ban to include all nine Atlantic City casinos has widespread support among legislators across the political aisle — especially in South Jersey. And Gov. Phil Murphy has said repeatedly that he would sign such a measure.

But leadership in the state Senate and Assembly has yet to even schedule a hearing on either of the identical bills, in spite of all that support.

Last week, the Associated Press reported that a recommendation that each casino be permitted to have outdoor smoking areas, with employees being entitled to “opt out” of working in those areas, has been soundly rejected by smoking ban proponents.

“The so-called opt-out idea only forces workers to risk their health for a paycheck,” said Pete Naccarelli, a table game dealer at Borgata and a key proponent of a comprehensive smoking ban. “It is not a solution at all.

“A casino worker living paycheck to paycheck should not have to risk their health by working in a smoking area just to get by. But that’s exactly what would happen, and the most vulnerable workers would suffer most. Legislators should recognize the problematic scenario this would create and reject this half-baked idea.”

Meanwhile, a recent confirmation by Pennsylvania’s Mount Airy Casino Resort officials — whose property draws customers in part from northwestern New Jersey — that their smoking ban has been rescinded after nearly a year shows that the momentum for such bans is not entirely a one-way street.

Only two of Pennsylvania’s 16 casinos still maintain no-smoking policies: Parx and Rivers Philadelphia, both of which are much closer to Atlantic City than Mount Airy is.

A report published in June by Las Vegas-based C3 Gaming concluded, “Data from multiple jurisdictions clearly indicates that banning smoking no longer causes a dramatic drop in gaming revenue. In fact, non-smoking properties appear to be performing better than their counterparts that continue to allow smoking.”

Still, two years of COVID-19 pandemic restrictions and other outside factors make it difficult to guarantee that smoking bans are no gamble at all for business. And with casino smoking prohibitions already in place in New York, Maryland, and Delaware, some consumers in the Northeast who like to smoke as they gamble presumably flock to Atlantic City as an alternative.

The Casino Association of New Jersey and other opponents of a ban on smoking in Atlantic City casinos — where up to 25% of a casino floor currently can permit smoking — had a powerful ally in former state Senate President Stephen Sweeney. But after Sweeney’s stunning re-election bid loss in November 2021, there was sentiment in Trenton that the tide likely was turning.

New Senate President Nicholas Scutari told reporters in June, however, that there was no simple answer.

“There’s more to it than just: Do I think people should smoke indoors?” he said. “I do not. I don’t like smoke. I’ve never been a smoker. But there are economic things, there are other items at work there. We’ve got to work with the industry, work with the advocates.

“But I think at some point, you’re gonna see something,” Scutari added.

As to whether a smoking ban might harm the casinos’ bottom lines, Scutari said, “I don’t think it will help.”

That backs a study published in February by the Spectrum Gaming Group that found that a ban could cost the city up to 2,500 casino jobs and nearly 11% of casinos’ gross revenue.

Smoking ban proponents have derided the study because it was funded by the city’s casinos.

Assembly Speaker Craig Coughlin also has expressed ambivalence. Asked earlier this year about holding a vote on a smoking ban bill, Coughlin said, “That’s something that we, obviously, we’ve got to strike the balance we always have to do.

“Casinos will tell you they’re gonna lose people. And we have to lean somewhere and lean on the side of health care for people and employees. Trying to get that done and figure out the bill that works is something we’re still actively talking about.” 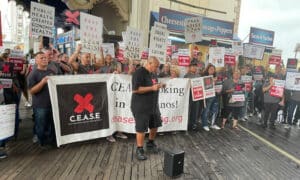 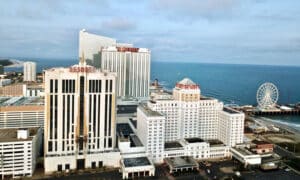 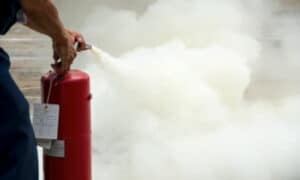