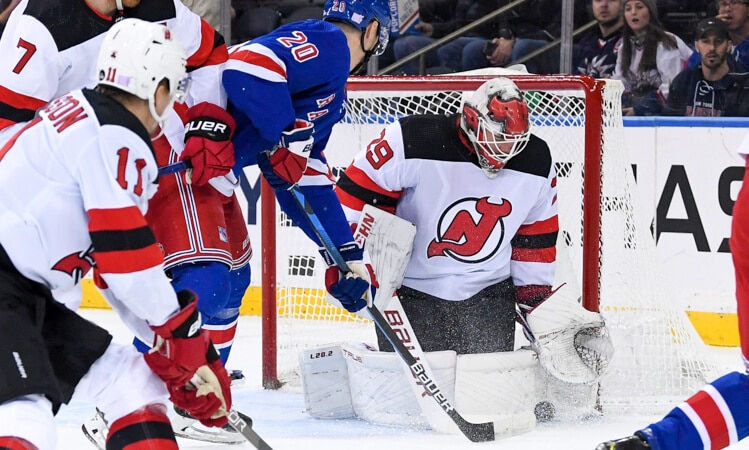 The news about what Betway calls “the vibrant Devils fan base” and “the betting-savvy New Jersey market” in a press release came just two days after the state’s Division of Gaming Enforcement announced that a U.S. record $1.3 billion had been wagered in the Garden State in October. That crushed the previous record of $1.01 billion wagered just one month earlier.

Betway will also become the presenting partner of the Devils Starting Line-Up, a social-media series supported and promoted across all the club’s platforms.

“We’re very excited to be adding the New Jersey Devils to our existing North American sports sponsorship portfolio,” Anthony Werkman, CEO of Betway, said in the release. “Our partnership with the Devils will give us great exposure via the extensive list of marketing rights, which will enable us to showcase our products to customers in New Jersey.”

“We are thrilled that Betway has selected the New Jersey Devils to continue their global campaign to connect and engage with the most dedicated fans across the NHL and sports,” added Adam Cross, senior vice president of global partnerships for Harris Blitzer Sports & Entertainment and the Devils. “The New Jersey sports fan continues to be savvy, aware, and engaged with sports betting opportunities, and we are pleased to introduce them to Betway’s unique platform — featuring some of the most entertaining wagers and competitive odds available today.”

Devils have other gaming partners

Betway is part of Super Group, a global digital firm that also is the holding company for Spin, a multi-brand online casino offering.

The group is licensed in over 20 jurisdictions and has more than 60 brand partnerships with various sports franchises, including the NBA’s Brooklyn (formerly New Jersey) Nets, Chicago Bulls, Golden State Warriors, and Los Angeles Clippers, as well as English Premier League soccer team West Ham United and the eSports team Ninjas in Pyjamas.

Last month, the Devils announced an expansion of their marketing deal with Australia-based PlayUp, making the NHL franchise the company’s first professional sports team partner. PlayUp is sponsoring a 1,200-square-foot sports lounge on the main concourse at the Prudential Center in Newark, and is the presenting partner of the Devils’ newly-redesigned PlayUp Studio, the Season Preview Show, and the Pre-Game Live Show. PlayUp, too, has a “TV-visible” dasherboard, a corner in-ice logo, and virtual signage within the arena.

During the 2018-19 season, the Devils partnered with William Hill, FanDuel, and Caesars Entertainment. The PlayUp Sports Lounge replaced the William Hill version now that William Hill has been acquired by Caesars in a $4 billion transaction.

FanDuel’s sports betting partnership with the Devils was its first with an NHL team, and the company also is the club’s exclusive “official daily fantasy partner.”

Just before the start of the 2019-20 season, the Devils announced a multi-year deal with Unibet, yet another player in the crowded New Jersey mobile sports betting space. Unibet landed a “big fish” as its brand ambassador in ex-Devils goaltender Martin Brodeur, considered by many hockey experts to be the greatest net-minder in NHL history. Like the other partners, Unibet receives “in-arena and digital presence” at the Prudential Center, and its deal was its  first with a U.S.-based professional sports team.

In 2014, the Devils and Philadelphia 76ers became the first American major professional sports teams to join up with an online casino company, making a reported $10 million deal with Partypoker. The move came only two months after New Jersey launched such gambling in the state.