Third-quarter profits were highest in a decade, despite pandemic-related precautions 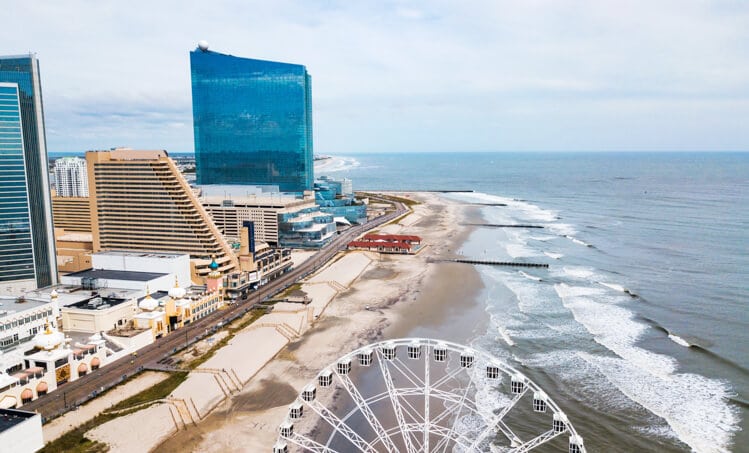 One of the most lucrative quarters for the Atlantic City casino industry in decades just concluded in September, according to a financial report issued by the state Division of Gaming Enforcement on Monday.

AC’s nine casinos collectively produced $310.8 million in gross operating profit, the highest quarterly figures in at least 10 years. That translates to a little more than double the $151 million of profit in the same quarter of 2020, and at least $50 million more than each of the “boom third quarters” of 2015 to 2019. Because July and August tend to be the seasonal industry’s biggest revenue months, that quarter is nearly always the largest profit producer of each calendar year.

Jane Bokunewicz, faculty director of the Lloyd D. Levenson Institute of Gaming, Hospitality, and Tourism (LIGHT) at the Stockton University School of Business, took notice of the numbers.

“Third quarter 2021 gross operating profit of $310.8 million is evidence that New Jersey’s gaming operators have learned to adapt to the circumstances of the pandemic, and run lean and profitable enterprises,” Bokunewicz said in a LIGHT press release. “By operating ‘lean,’ especially in terms of employment levels, operators were able to make the most of the third quarter 2021 net revenue of $968 million, to return a high Gross Operating Profit.

“So far, it seems operators have been able to successfully balance the currently reduced labor supply with growing consumer demand for resort amenities, including lodging. That does raise the question of the potential impact on future employment in the casinos — and if some currently unfilled jobs might ultimately be eliminated.”

Former Atlantic City casino regulator Daniel Heneghan said that a look at the books shows casinos with about 22,000 employees last quarter, compared to around 27,000 in the same quarter in 2019.

“Revenues have really rebounded, while costs stayed down — and the big reason is that number of employees,” Heneghan told NJ Online Gambling. “There are still lot of people in this area who are under- or unemployed, but casinos have found more efficient ways to operate.”

By far the biggest turnaround came from Borgata, which went from “worst to first” in comparing 3Q 2020 profits to the summer of 2021.

In significant part because Borgata did not reopen until late July 2020, while its competitors welcomed gamblers back on a long July 4 weekend, the casino cashed just $2.3 million in operating profit that quarter. But this July/August/September, Borgata zoomed to $57.2 million in profit, with Tropicana ($48.1 million), Hard Rock ($46.3 million), and Harrah’s ($44 million) right on its heels.

Bally’s was the only casino not to improve on its Q3 2020 figures, while Tropicana, Hard Rock, Harrah’s, Resorts, and Golden Nugget joined Borgata in more than doubling those previous profit figures. The profit pecking order for the first nine months of 2021 is the same as above, except that Golden Nugget and Resorts switched places for seventh and eighth.

Many casinos had few rooms to spare

Ocean ranked fifth for the quarter in spite of eye-catching hotel numbers — an industry-high $331.03 average rate per occupied room, plus another industry-high 96.3% occupancy rate.

The industry’s gross operating profit for the first nine months was $592.4 million, compared to $593.9 million for all of pre-pandemic 2019. To Bokunewicz’s point about casinos becoming “lean,” those are nearly identical figures even though net revenue through nine months of 2021 is $2.3 billion, while the year-long such figure for 2019 was $3.1 billion. Therefore, the industry easily seems certain to top “normal” 2019 in terms of profits, even if it doesn’t exceed that year’s total net revenues.

“Overall, the industry is showing strong signs of recovery and resilience in the face of the COVID-19 public health crisis,” Bokunewicz added. 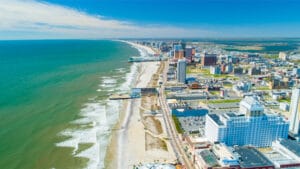