But this weekend may cool to 60 degrees with a chance of rain — and winter still beckons.

So how can those casinos hope to fare in their long offseason?

Probably better than many might believe, thanks to booming online casino and sports betting numbers as well as respectable traditional casino numbers boosted by pent-up demand.

After overall gross gaming revenue declined two-thirds in the shuttered months of April, May, and June, the reopening of the nine casinos in July helped reduce the revenue decline in that month to 20.9%.

In August, traditional revenue from slots and table games players accounted for just 61% of the total, allowing the industry to manage a mere 7.5% decline.

The percentage from new revenue sources could grow in the coming months, helping the casinos weather the storm. On Thursday, the state Division of Gaming Enforcement will reveal how Atlantic City’s casinos fared in September.

Online casino play becoming a game for all seasons

Online casino action continues to boom in New Jersey, unlike the fluctuation in the number of Boardwalk and Marina visitors based on the weather.

After online casino revenue of between $41 million and $49 million monthly in the last five months of 2019, the “new normal” in April through August 2020 has been $80 million to $88 million — basically double, as gamblers who were kept away from their weekend casino visits found another avenue for risk-taking.

Sports betting revenue was not as invincible, naturally, as the same COVID-19 pandemic forces that kept casinos closed for months also mostly shut down ballgames and matches from spring to early summer.

But August — typically a slow time for major sports — this year featured the NBA and NHL along with MLB. The result was an increase of more than 50% compared to August 2019, reaching $39.5 million in revenue.

While pro basketball and hockey are now finished for the calendar year, the Major League Baseball postseason in October — and pro and college football beyond that — should keep sports betting numbers strong.

Still, brick-and-mortar gambling remain the core business, and casino indoor capacity has been capped since July at 25%.

With less food and beverage revenue ahead from the casinos’ outdoor options, is there a way to address that core business over the winter?

“Conventions and trade shows account for over $1.9 billion in economic impact to the city of Atlantic City,” the legislators wrote. “This revenue has directly impacted the city’s ability to invest in and maintain the convention center, hotels and local businesses surrounding the area.”

Mazzeo and Armato noted that COVID-19 rates have been relatively low in the Atlantic City area since the first spikes nationwide occurred in March.

“We need to get Atlantic City on the map as the destination to hold regional events,” the Assemblymen added. “With 50 million people in drivable distance of Atlantic City, this opportunity is right in our wheelhouse. Now is the time to pursue show managers and convention planners and sell them on bringing their business to Atlantic City.

“Atlantic City cannot afford to sit empty through the winter season, and certainly cannot afford the longterm impacts of not being able to schedule conventions and trade shows for upcoming or future dates.”

The letter includes a request to increase indoor casino capacity to above 25%, given their lack of virus-related issues so far.

Poker in Atlantic City? Not just yet

One still-missing entertainment option at Atlantic City casinos is poker, a game which, in normal times, features crowded tables and plenty of interaction.

How does that work during a pandemic?

Las Vegas casinos are making it work, with some limitations. But so far, no luck in Atlantic City, where Bally’s Atlantic City, Borgata Hotel Casino & Spa, Golden Nugget Atlantic City, Harrah’s Resort Atlantic City, and Tropicana Atlantic City have poker rooms that have been closed since mid-March. Ocean Casino Resort had poker tables but removed them to make space for a new high-limit slot area.

“Poker is tough,” Steve Callender, regional president of Caesars Entertainment Inc. and president of the Casino Association of New Jersey, said during a remote discussion with the Greater Atlantic City Chamber last week. “It’s a challenge. I wouldn’t venture [to say]  when we’re going to see poker come back.”

Atlantic City’s poker tables for several years have been bringing in about $2 million in revenue per month — the bulk of it from Borgata — with 2019’s total revenue accounting for only about one-third of what the industry takes in from a single month of overall online casino play.

Given the safety challenges of making live poker work, the Atlantic City casinos have not made it a priority in a time of crisis.

On the dining front, two popular restaurants in the city have shuttered for good.

Buddakan and The Continental, located at the Playground Pier on the Boardwalk, are two more victims of the pandemic. Like in the casinos, restaurant capacity indoors has been capped at 25%. 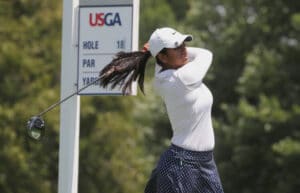