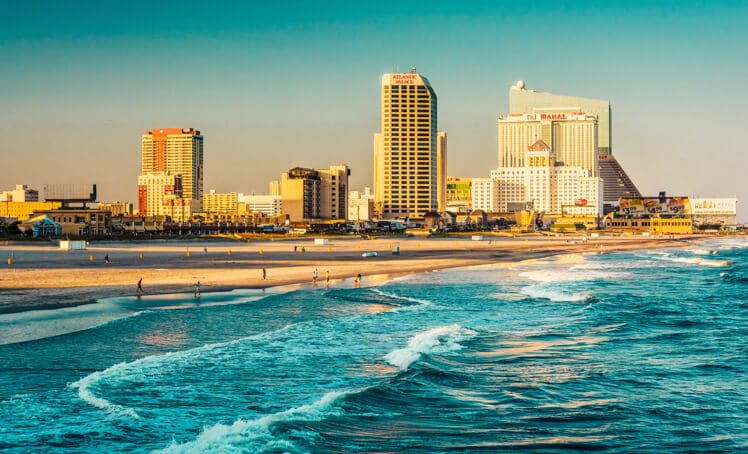 Atlantic City casinos were closed from mid-March until July 4 weekend in 2020, and COVID-19 continued to hamper businesses for the nine gambling sites last summer. But the just-concluded Memorial Day weekend proved to be a success, and a wealth of new projects have been planned to make it all the more worthwhile for prodigal patrons to return.

“The casino industry is committed to the future of Atlantic City, and through our combined efforts, we are revitalizing this beautiful destination resort,” Joe Lupo, president of the Casino Association of New Jersey, said in a recent press release.

In spite of the pandemic, about $1 billion has been invested by the casino properties in the past several years.

“The Atlantic City casino industry is vital to South Jersey’s economy,” Christina Renna, president & CEO of the Chamber of Commerce Southern New Jersey, said in the same release. “As we continue to rebuild and recover from the COVID-19 pandemic, the industry’s growth and prosperity is more important than ever before. We look forward to an even stronger summer season here in South Jersey, to further stimulate our local and regional economies.”

What’s new at the AC casinos

Last week, Bally’s cut the ribbon on its new indoor/outdoor “The Yard” attraction with “Beer, Eats & Beats,” a beer garden with live music that will be heard by Boardwalk passersby who might just stop in to see what’s happening. The casino also has renovated 750 rooms and added its Carousel Bar — a 360-degree (very slowly) rotating bar adjacent to the upgraded lobby — as part of a city-high $100 million in upgrades.

Borgata has its own beer garden, and starting in June, the Borgata Comedy Club will be back. Singers Mandy Moore, Dion, Ann Wilson, and Rick Springfield, as well as comedian Trevor Noah, are among the headliners at the city’s top-drawing casino.

One of the most intriguing new offerings in Atlantic City is “Experience Beyond Van Gogh” at Hard Rock from July 8-Aug. 28. The more than 30,000-square-foot space will “breathe new life into Van Gogh’s artworks,” according to the release. Prices start at $39.99 for adults and $23.99 for children (ages 5-15). Lionel Richie, New Kids on the Block, Alicia Keys, and Rod Stewart highlight a strong concert list at Hard Rock.

Fans of the reality TV show Hell’s Kitchen may want to visit Caesars to see the first East Coast restaurant with that name, and a Nobu restaurant also will be featured there.

Celebrity chef Bobby Flay and his “Bobby’s Burgers” are back in Atlantic City, this time at Harrah’s, which, like Caesars, has renovated numerous hotel rooms. Tropicana, also a Caesars Entertainment property, will debut eight new dining and entertainment concepts, including the Wild Honey Smokehouse and Tavern, Ossu Japanese Tavern, Purple Zebra Daiquiri Bar, and Hash House A Go Go.

“The Deck” at Golden Nugget once again will feature music festivals with cover bands for entertainment. And an $85 million upgrade at Ocean Casino includes the completion of 460 new hotel rooms and suites by July 1, which also will mark the debut of The Gallery Bar Book & Games.

Resorts, the city’s first casino when it opened in 1978, has debuted a pop-up bar called “The Coral Lounge” while more than 400 new slot machines have been added to the casino floor. A fully renovated pool deck will open sometime in July.

On Thursday, the Casino Association of New Jersey, in partnership with the New Jersey Division of Gaming Enforcement, will host a citywide job fair at the Atlantic City Convention Center. Human resources representatives from each Atlantic City casino property will be on site showcasing employment opportunities. The event is free and open to the public.

What are you doing on Thursday 6/2🗓️?

The CANJ and DGE are hosting an Atlantic City Job Fair at the @ACConvention from 10am-3pm. Come find out what opportunities are available and share with your friends!

Stockton University has broken ground on Phase II of its Atlantic City campus, which will feature a residential dormitory expansion and which is targeted for completion in 2023. Meanwhile, AtlantiCare is building a new Medical Arts Pavilion in Atlantic City. The $38.3 million, three-story, 69,700-square-foot facility is anticipated to open this fall.

Also, the Casino Reinvestment Development Authority (CRDA) has approved an $18.7 million fund to construct a new ShopRite supermarket in Atlantic City. The store will ensure that Atlantic City is no longer a “food desert” and will provide area residents with high-quality and affordable grocery options. Moreover, the Chelsea Economic Development Corporation’s partnership with residents, businesses, and community organizations is activating certain projects, including home buying grants and capital grants, for small businesses in the neighborhood.

Atlantic Cape Community College is opening a Wind Training Center on its city campus this fall, funded by a nearly $3 million New Jersey Offshore Wind Safety Challenge Grant awarded to the college last year. Construction on the project will begin later this year.

The 113th annual NAACP National Convention will be held in Atlantic City from July 14-20 at the city’s convention center, Boardwalk Hall, and other locations, and the popular Atlantic City Airshow also is back on Aug. 24.