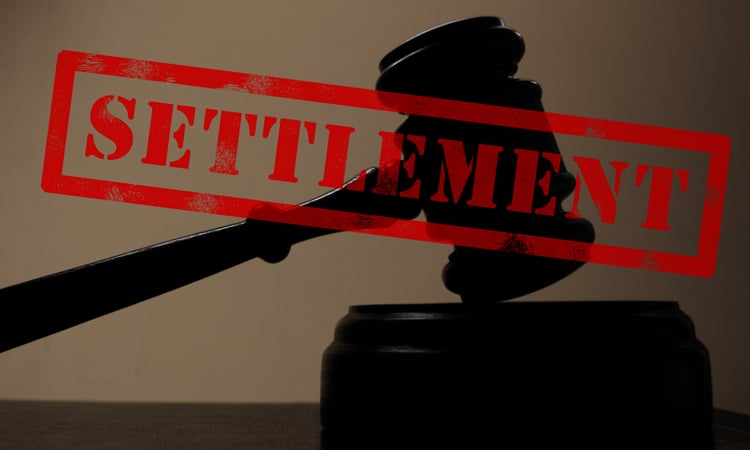 In a somewhat surprising move — at least in terms of timing — Borgata this week dropped its lawsuit against Ocean Casino. The action came less than two weeks after a court accepted Borgata’s request to file an amended complaint that Ocean had illegally hired away Borgata executives in order to steal personal “secrets” about its biggest-spending gamblers.

A terse two-page document filed on Monday reads in part:

“WHEREAS, on April 20, 2021, Borgata filed a First Amended Complaint against Ocean in this Court;

“WHEREAS, on April 24, 2021, the parties amicably resolved their disputes in a global settlement agreement, provided, however, that this Court retain jurisdiction to enforce the agreement and resolve disputes between Borgata and Ocean arising from or related to that agreement;

“NOW THEREFORE, Plaintiff Borgata and Defendant Ocean, by and through their respective counsel of record, hereby stipulate as follows:

“1. This case and the parties’ claims therein shall be dismissed with prejudice.

“2. The parties shall bear their own attorneys’ fees and costs.

“This Court retain jurisdiction to enforce the settlement agreement and resolve disputes between Borgata and Ocean arising from or related to the agreement.”

U.S. District Court Judge Noel Hillman noted of the amended filing that the new document “removes certain claims against the individual employees and focuses its aim more directly on the actions of Ocean.”

A spokesman for MGM Resorts International, which owns Borgata, told NJ Online Gambling, “The matter between Borgata and Ocean Casino has been amicably resolved. As part of the resolution, Ocean has agreed to honor Borgata’s restrictive covenants, including its non-compete, non-solicitation, and confidentiality provisions that are designed to protect Borgata’s trade secrets.”

The case centered on the hiring by Ocean last year of a dozen or so executives who previously had worked for Borgata, which filed the lawsuit last August.

“A central aspect of Borgata’s business success is its relationship with its most important customers, which it refers to as ‘high-level patrons,’ who are responsible for approximately $25 million in revenue per year,” Hillman wrote in a 25-page opinion. “Borgata leverages its information about each of these patrons to maintain their valuable relationships with the casino and the revenue stream they provide.”

While terms of the settlement were not disclosed in the filing, Borgata has been winning the legal steps along the way.

For instance, Kelly Ashman Burke, former executive director of marketing at Borgata, was ordered not to begin work at Ocean for a period of 11 months until a non-compete clause ran out.

Both Burke and William Callahan, who was Borgata’s vice president of marketing and who was found to have copied key information about clients from his Borgata work phone to a new phone around the time of his departure, have been barred by Hillman from “using or disclosing” trade secrets.

The sometimes acrimonious verbiage in the filings by attorneys for each property reflected the fact that Borgata — king of the hill in Atlantic City since it opened in 2003 — finds itself faced with a brash new challenger that just opened in 2018. Ocean occupies the grounds of the ill-fated Revel casino, which opened and closed for good on the Boardwalk within a span of two years in 2012-14.

“Ocean is indisputably Borgata’s direct and primary competitor for high-level casino customers in Atlantic City,” the first filing in the case by Borgata stated.

Attorneys for Ocean had claimed that there is nothing nefarious about hiring away executives who find that casino’s future more appealing. But counterparts at Borgata argued differently.

“While Ocean argues that it benignly hired ’employees from another Atlantic City casino’ who wanted to leave, that assertion, even if true, ignores that a ‘benign, or pro-competitive, motive does not absolve misconduct’ and ‘a defendant-competitor’ … must justify not only its motive and purpose but also the means used.

“More critically, Ocean ignores that the [amended complaint in question]  alleges improper motives and means, namely that Ocean discussed with key Borgata executives ‘potential methods to circumvent the restrictive covenants contained in their employment agreements’ while they were still Borgata employees.“

In March, the most recent month for gross gaming revenue figures provided by the state Division of Gaming Enforcement, Borgata as always led the way at $46.5 million while Ocean placed third among the city’s nine casinos at $20.1 million. (Hard Rock, the city’s other casino to open in 2018, was in the middle at $30.7 million.) Those figures don’t include mobile sports betting or online casino revenues that are shared by the casinos with their gaming partners who run the online sites.