Borgata remains No. 1 in both revenue and profit in Q1, as was the case in COVID-impacted 2020 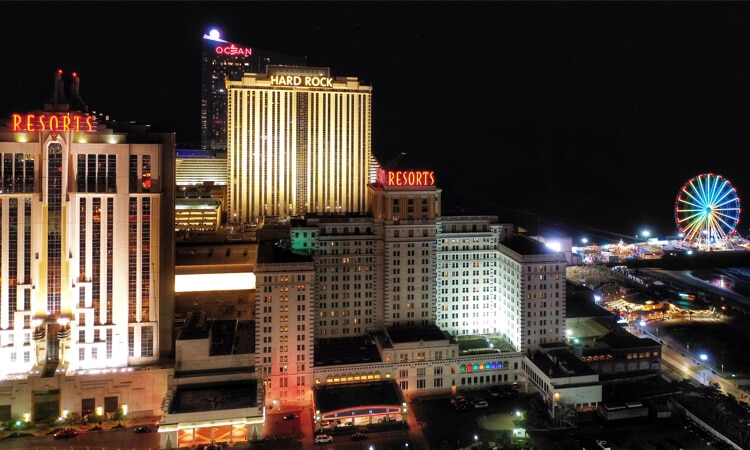 The Atlantic City casino industry’s net revenue figures were down in the first quarter of 2021 compared to the same period in 2020, according to financial results released Monday by the New Jersey Division of Gaming Enforcement.

But considering that Atlantic City was enjoying business as usual in January and February of 2020 before the COVID-19 pandemic forced a mid-March shutdown — and that casino capacity was limited, along with significant consumer trepidation about visiting, for all three months of 2021 — the numbers hardly are discouraging.

Gross operating profits, meanwhile, rose significantly, from $29.7 million to $95.5 million. DGE officials did not suggest a reason for the big jump, but one possibility is that limited capacities have led to a significant reduction in workforces at the casinos.

Borgata was No. 1 for the calendar year 2020 in both revenue and profit, and the Marina District site maintained those edges in the first quarter at $120.7 million and $29 million, respectively.

No. 2 Hard Rock also easily kept its status quo in the first quarter in terms of revenue ($89.4 million).

Profits, however, were a different story. Tropicana ($16.3 million) and Harrah’s ($9.5 million) each surpassed Hard Rock’s profits of $8.6 million.

Ocean Casino, which has aggressively sought to boost market share, maintained its No. 3 standing in revenue at $60.7 million — but that was not even $1 million ahead of Harrah’s, and Ocean’s profit of $7.9 million was only good for sixth place (also trailing Caesars at $8.2 million).

Resorts, Golden Nugget, and Bally’s continued to form the lowest tier. But Resorts was up slightly in this first quarter in revenue to $30.2 million, joining Hard Rock and Ocean in beating 2020 Q1 revenue.

While four casinos lost money early last year, only beleaguered Bally’s did this time — to the tune of $6.5 million.

Where did AC visitors stay?

Ocean Casino’s hotel figures stand out, with an industry high room rate of $175.18 while also managing the No. 1 occupancy rate of 76.5%.

The only other hotel with an above average price and higher-end occupancy for the quarter was Caesars, at $130.05 and 67.5%.

Bally’s — in the opening stages of a $90 million renovation — started the year off with a last-place finish of 40.9% occupancy.

Hard Rock charged a relative bargain rate of $98.83, helping it maintain a two-thirds capacity for the quarter. Resorts had the cheapest rooms ($91.41), but its 56.4% capacity was barely above the industry average.

“Gross Operating Profit reflects earnings before interest, taxes, depreciation, amortization, charges from affiliates, and other miscellaneous items as reflected on each casino licensees’ income statement. It is a widely-accepted measure of profitability in the Atlantic City gaming industry.

“Average Rate Per Occupied Room reflects Rooms Revenue as reported on the casino licensees’ Statements of Income (which includes the value of complimentary rooms) divided by the number of occupied room nights for the period.”