The prior New Jersey record-holder, remarkably, was not that much younger 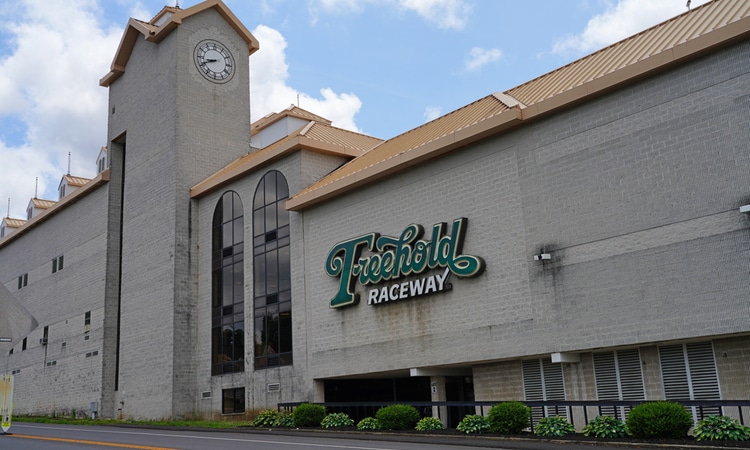 You’re never too old to …. win a harness race?

Apparently so, given that 86-year-old Tony Dandeo helped celebrate the end of Freehold Raceway’s three-month hiatus Friday by winning the 10th race on the card.

That makes Dandeo the oldest driver to win a race in New Jersey harness racing history.

Standardbred horse Stick That Lip Out, owned by August Santore and trained by John Wyatt, immediately moved to the front under Dandeo’s guidance and opened up a lead against the other, less experienced horses.

As they turned for home, favored Never Not Dancing and Devious Delight both closed ground, but Stick That Lip Out was able to claim a two-length victory in 1:59.2.

Dandeo’s win comes five years after his last one on April 15, 2016, aboard Mickey Blu. It marks his 234th career win in a long career, and it came just six days after Dandeo’s birthday.

Stick That Lip Out made her racing career debut three years ago at the Meadowlands Racetrack as a 2-year-old. She finished in the money twice as of February 2020 and also raced at the Big M back in April.

The previous state record for oldest harness racing driver to win was held by George McCandless, who was 83 when he drove Kehms Scooter to victory at Freehold on Oct. 20, 1994.

McCandless took it all in stride at the time.

“It seems that since I turned 83,” McCandless told The New York Times in 1995, “they are all paying attention to me, but heck, I’ve done this almost all my life.”

McCandless said he passed annual medical exams from the U.S. Trotting Association as well as from each state where he raced, mainly as a fill-in for drivers Jack Moiseyeve and Herve Filion.

The first win for McCandless, a longtime state trooper, came at Roosevelt Raceway in the 1960s. His name also comes up in a 1973 Freehold Raceway program.

Freehold back in action

After races were held every Friday and Saturday afternoon for five months, Freehold went dark in June, July, and most of August.

But now the races resume on those two days through Dec. 18, when the track takes another hiatus. 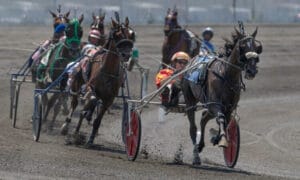