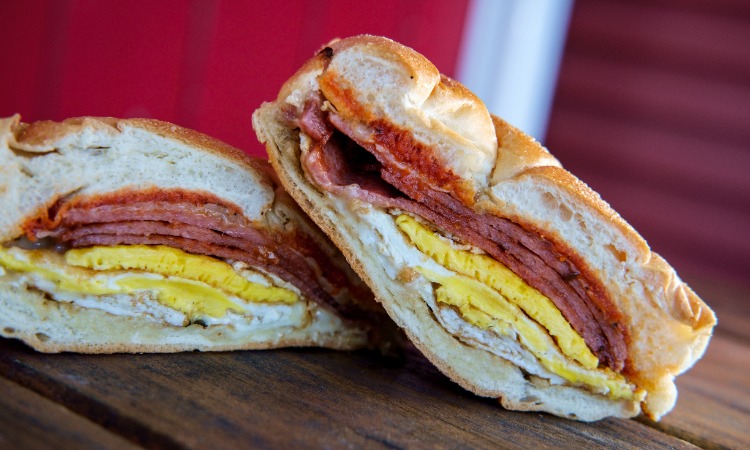 The math for online sportsbooks operating in New York is simple: They will be paying a 51% tax rate on gross wagering revenue.

More math: In the Garden State, the tax rate on online sportsbooks is at 13%.

Unknown math: How many New Yorkers have been zipping into New Jersey to get down their bets?

And that last bit is pretty darn important, not only for New Jersey’s tax revenue, but also for the sportsbooks. Truth is, while they’re undoubtedly thrilled to be up and running in New York, the math above makes one thing obvious: Sportsbooks would certainly prefer that New Yorkers still travel to New Jersey to place their bets as often as possible.

So how can they ensure that? There would have to be promotions and come-ons like never before. Maybe better odds would do it. Perhaps a free, round-the-clock limo service would be handy. Maybe wine, women, and song would do the trick.

Maybe DraftKings can partner up with some top eateries in New Jersey and offer free food to any New Yorker who crosses the state line. Like …

Pork roll, egg, and cheese for life: That’s right. Sign up a deli or three for this, issue a special DraftKings pork roll, egg, and cheese card, and that’s it. Place your bets in Jersey, grab a sandwich whenever you want. (And yes, it’s pork roll. I grew up in North Jersey where it was Taylor Ham, but I now reside in Central Jersey and realized the error of my ways. And yes, Central Jersey exists.)

Tomato pies: If you’ve never had a DeLorenzo’s tomato pie, you are missing out. Sure, New York pizza is New York pizza, but Jersey pizza is right there with it and trust me, the DeLo’s tomato pie takes pizza into the stratosphere. Super thin crust, crispy, a little char. Go sausage and garlic and change your life. I don’t even care about goofy sportsbook columns right now. Drop what you’re doing and head down to DeLo’s.

Bagels: Fact: New Jersey bagels are better than New York bagels. Not even close. Get a dozen for every $100 wagered.

Rutt’s Hutt Rippers for life: If you know, you know.

Any time NJ have to stop at Rutts Hutt for a ripper and a @BoylanBottling creamy red birch beer. #homesweethome #NJ pic.twitter.com/GOjH8c0KL6

Maybe this could be a FanDuel thing, cornering the market on New Jersey rock stars. If you cross the Hudson to bet $10 million in a year in New Jersey, Bruce Springsteen gives you a private concert. Bet $5 million, you get Jon Bon Jovi. Bet $500, you get Southside Johnny. It’s a steep cliff in the rock n’ roll pantheon over here, but at least we don’t have to claim Billy Joel.

Are you ready for some football?

Here’s a brilliant marketing ploy, maybe for Caesars: Keep betting in New Jersey, and we’ll give you season tickets to both the Giants and the Jets!

"Not a clown team" #Giants just ran a QB sneak on 3rd and 9.pic.twitter.com/Uikv3qnqwX

Actually, you know what? Never mind.

Here’s a way for BetRivers to capitalize on any vegetarian bettors in their New York midst: All the blueberries and eggplant you can eat! Fun fact: Hammonton, New Jersey, bills itself as the “Blueberry Capital of the World!” and two out of every three eggplants are grown here! (I’ll stop with the exclamation points!)

Of course, we’re still not done with the food, though we have run out of sportsbooks that are currently live in New York. No matter. Carrying on.

Wawa gift cards: For those of you who don’t “get” Wawa, know this: Bitcoin has nothing on Wawa gift cards. From coffee to Gobblers, Wawa has it all. (Pro tip: Get your Gobbler in a bowl, not a sandwich. I’m saving you big bucks on dry cleaning.)

Kate Winslet and Evan Peters discussing a Wawa Gobbler is something that actually can be so personal pic.twitter.com/u0sOaLZGwP

Disco fries: Just a pass for every diner in New Jersey that allows the holder to eat as many disco fries as they want. You know, disco fries — French fries with a side of thick turkey gravy. What? It’s delicious. Don’t front on me. (Which is something I probably said last time I ordered disco fries in a New Jersey diner.)

These are all legit genius ideas. Not even going to ask for a cut on this, sportsbooks. Just here to help.